The Payne Theological Seminary and A.M.E. Church Archive includes two subcollections organized into twenty-one thematic categories of images and textual materials for the study of the history of the African Methodist Episcopal (A.M.E.) denomination and Black Church tradition while chronicling the leadership and legacy of Payne Theological Seminary. Some materials are cross-referenced in multiple subcollections.

Funding for digitization of materials from Payne Theological Seminary archives is provided by a grant from the Arthur Vining Davis Foundation. Digitization is ongoing, and content is being added to this digital collection over time.

Browse the collection or search within this collection using the search box at the top of this page. 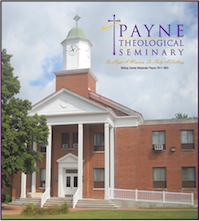 Payne History presents primary documents about the creation and development of the institution, the oldest freestanding seminary in the world, founded by Bishop Daniel Alexander Payne and guided by sixteen deans and presidents since 1894. Additional materials contributed by Wilberforce University Archives connect the two historically African American institutions and relate the establishment of the Seminary as an outgrowth of the Theological Department at Wilberforce University. See article “Payne Theological Seminary and AME Church Leadership.” 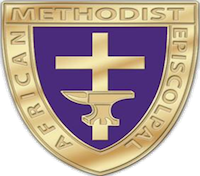 A.M.E. Church details the spiritual, moral, social, and civic affairs of African Methodist Episcopalism, founded by Rev. Richard Allen in 1816, the oldest and largest Christian Church denomination composed chiefly of persons of African descent, which sprung chiefly from sociological, rather than theological, differences. The subcollections found within this collection highlight historical leaders and the events they shepherded that continue to shape the denomination’s thoughts and philosophy. Users will find a chronology of African Methodism, a collection of original scholarly essays, annotations about people and places, and guides for primary resources that provide rich historical and contextual information. 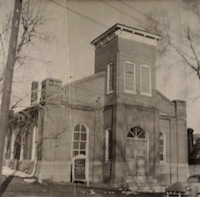 Church Histories provides photographs, maps, blueprints, institutional reports, and occasional programs that give insight into the social, economic, and political autonomy that supported the organization of African Methodist Episcopal churches, many of which are counted as the oldest real estate owned by African Americans in America. See article “Historic AME Congregations.” 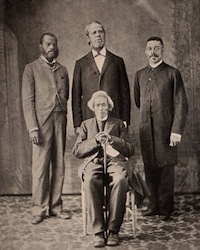 Clergy preserves the history of the African Methodist Episcopacy and details the influence and ministry of the consecrated clergy members charged with the oversight and government of the Church. Users will find photographs, biographies, personal narratives, handwritten manuscripts, and other published writings. 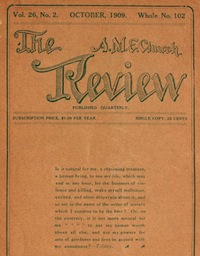 Publishing illuminates the important African Methodist Episcopal Church literary works that pioneered new frontiers in American journalism. Featured publications include: The Christian Recorder weekly and The A.M.E. Review magazine, the oldest published in the world by African Americans. The discipline of the A.M.E. Church is the oldest book of law published by African Americans in the United States of America, and the A.M.E. Hymnal is the first hymnal published by the same. See articles “The AME Church’s Place in Early Black Print Culture” and “The AME Christian Recorder in the Nineteenth Century.” 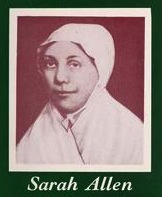 Women in Ministry contains information and artifacts from the Women’s Mite Missionary Society and Women’s Parent Mite Missionary Society. This collection details the extensive and significant contributions made by women as lay leaders as well as ordained clergy in the African Methodist Episcopal Church.
Back to top

Payne Theological Seminary is one of the oldest Black seminaries primarily concerned with the training of men and women for the ministry. Payne Theological Seminary, founded by the African Methodist Episcopal Church in 1894, is dedicated to the preparation of African American and other leaders for ministry in the traditions of liberation, reconciliation, social justice, and the dignity of all humankind. Its origin can be traced to the Ohio Conference of the African Methodist Episcopal Church, which met in Columbus Ohio on October 18, 1844. There a committee was appointed and empowered to select a site and erect a Seminary and Manual Training School. In 1871, the Board of Trustees of Wilberforce University voted and approved the organization of a seminary to be named for Bishop Daniel A. Payne, who had interested the African Methodist Episcopal Church in a program of higher education. Payne Theological Seminary was incorporated in 1894 as an independent institution.

In 1954, the Seminary took steps to raise its standards by promoting a program exclusively on a graduate level. Payne Theological Seminary was admitted to membership in the Association of Theological Schools (ATS) in 1956. In 1995, it became the fourth historically African American theological seminary to become fully accredited by the ATS. In 2009, the ATS Commission on Accrediting announced that Payne had been elevated to a ten-year accreditation cycle.